Thank you for visiting the "Center for the Adoptation of 'malfeance' into Conanical English". We've had enough of those damn liberals making fun of the President's idioms--after all, George W. Bush not only attended Phillips Andover Academy (where he was appointed " High Commissioner of Stickball "!) but he has a degree from Yale (one of the most prestidigitus undergraduate institutions) as well as an MBA from Harvard, plus he was the CEO of munificen corporations! If George W. Bush opines that the word we used to mistakenly spell as "malfeasance" is actually "malfeance", then I say

In the months leading up to the stolen election in 2000, typing "dumb motherfucker" into google.com took you to the Bush campaign online store. I kid you not. As of March 2001, typing "dumb motherfucker" into the google search engine doesn't bring up the Dubya online store the way it used to. They "fixed" google manually. Here's a screenshot that someone (not me, unfortunately) saved while google was doing the right thing (around the end of January, 2001).

I've decided to devote a page to "the 88" and his appalling ignorance. It's for my own amusement, but you're welcome to check it out.

I've got lots of stuff here that's not related to the idiot in chief. If you are interested in my excerpts from Rosser, you want: A few pages about logic .

If you are interested in a little probability discussion, you want: The Birthday Problem .

If you are wondering "what the hell are truth tables, and why should I care?", you want: Truth Tables

If you want to see two answers to the "edge.org" question (what is your dangerous idea?), you want: The Edge Question for 2006.

A hilarious recounting of Dr. Nick Riviera's obstinance (or should I say obstreperousness, perhaps pervicaciousness?) in the face of contradictory evidence: Roger and Alan.

April 2001, Harper's Magazine has a transcript of the cockpit recorder ("black box") from the Alaska Air crash. "Whatever We Did is No Good". If you don't feel for the passengers when the pilot is flying the jet upside-down, there's something wrong with you.

Alaska Air finally accepted liability for the crash (in 2003) but they're going to go after the manufacturer. After all, the whole "jackscrew" assembly, while novel, is a BAD IDEA. It's always a bad idea to have one point of failure!

I've put a few of my favorite movies (along with a few stinkers that a certain friend recommended here: Fred's FLIX .


Source code is speech, or, if it's not, how about if I write a book to tell you how to write the source code? FUCK THE MPAA! Anyway, the link below is to the popular and controversial program DeCSS. This program ruthlessly strips _C_ascading _S_tyle _S_heets from HTML.

I am Spartacus! (grin)

While you're visiting "arachnoid.com", be sure to learn the answer to "why is the night sky dark?"

Check out Mac, my brother Russell's dog (which NFL team do you think the Hanns cheer for?): lil mac, steeler fan.

And check out a full grown Mac, chillin' on the recliner in the sun: where's WALDO?

One of my kinda-lame attempts at a memorable snapshot: Sunset on Halloween 2009 in Destin, FL.

As a final goodbye, check out the comics my friend Betsy Longley drew twenty-some years ago. Not much has changed! :-) 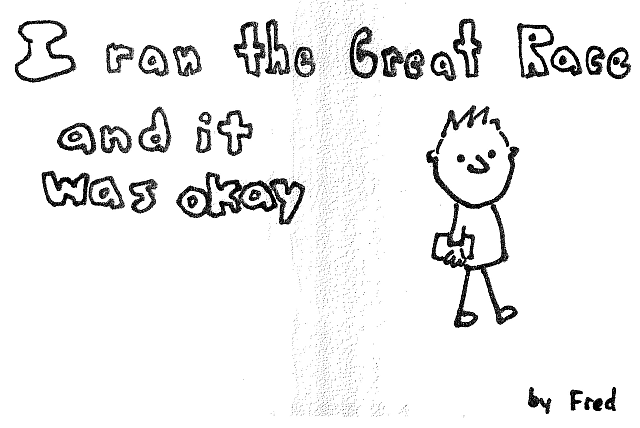 If you have comments or suggestions, email me at fred@malfeance.com